It is important to us to provide a  worldwide and comprehensive picture of research impact to enable customers in all regions to tell the stories of their research. Here is a round-up of our announcements about new research metrics from around the world. END_OF_DOCUMENT_TOKEN_TO_BE_REPLACED

Finding references to research in policy documents is important because there are new demands on researchers and those who support them to demonstrate public engagement with their research, its impact on government policy and cultural life, and societal impact in general. END_OF_DOCUMENT_TOKEN_TO_BE_REPLACED

At Plum Analytics, we’ve been working hard to incorporate policy document citations into PlumX. The term “policy documents” can be a nebulous way of describing documents resulting from the research of non-profits, governmental organizations and think-tanks. They can take the form of white papers, END_OF_DOCUMENT_TOKEN_TO_BE_REPLACED

Telling the Story of Clinical Impact: PubMed CPGs in PlumX 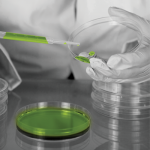 We help researchers tell the stories of their research through metrics and analytics. One area that can be disenfranchised by traditional methods for analyzing impact is clinical research. In a 2013 article titled, “Citation Analysis May Severely Underestimate the Impact of Clinical Research as Compared to Basic Research” END_OF_DOCUMENT_TOKEN_TO_BE_REPLACED

What Your Citations Aren’t Telling You About Impact: Announcing Clinical Citations

From timeliness to self-citations, much has been written about why citation metrics are flawed — but that is not what this blog post is about. This blog post is about moving the conversation about citations forward to include clinical impact. Clinical research does not get cited as much as basic science. END_OF_DOCUMENT_TOKEN_TO_BE_REPLACED