PlumX Metrics now finds references to your academic content in all topic-based forums from the Stack Exchange network of Q&A sites. Stack Exchange was created in 2008, beginning as Stack Overflow, a Q&A site for software development questions. It rapidly became an important online reference for programmers world-wide: a 2016 survey of professional software developers found that 74% of respondents visit Stack Overflow weekly. Since 2010, the site has expanded with other topic-based forums, seeing engagement particularly in technology, math, engineering and physics topics. Find out more about Stack Exchange here.

Mining these forums for references to academic works is important because research in these topics rarely gets the same online engagement in mass media or on social media platforms as other subject areas, like social sciences and health. Examining references to your academic works in these contexts can be a rare glimpse into how both hobbyists and experts in an area, not just the general public, are using or discussing your findings online.

The example below comes from Proceedings of the Royal Society A: Mathematical, Physical  and Engineering Sciences. Published in 2012, it has only garnered 3 citations and limited social media interaction. However, at least 54 posts, either questions or answers, discuss this paper on Stack Exchange. 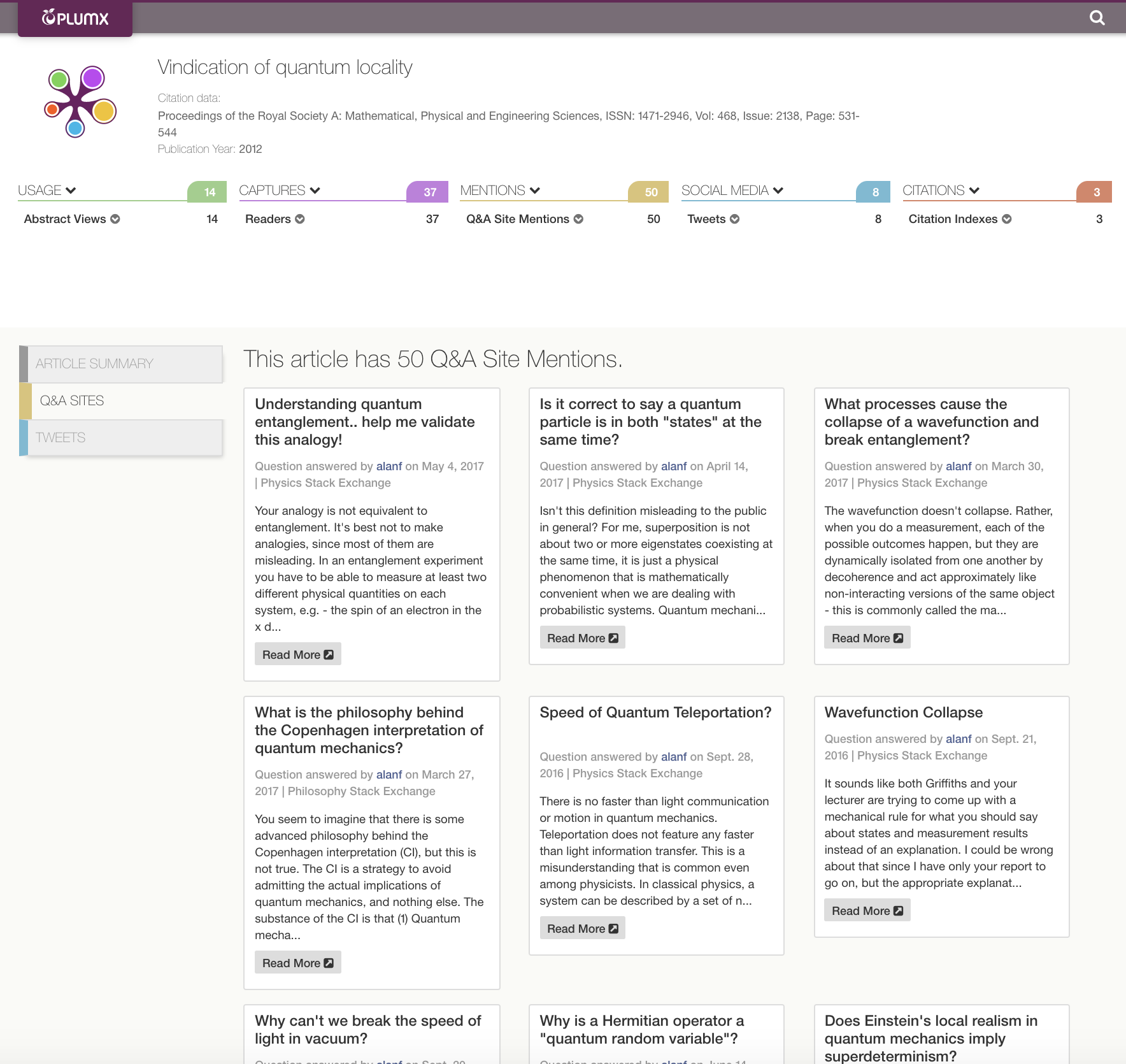 In PlumX, we have included:

These details help to show the forum and the context for the discussion of your work. In the previous example, we can see that this article is primarily referenced in answers to questions in Physics Stack Exchange, but appears in other sites as well, like Philosophy.

PlumX Metrics mine both Questions and Answers for references to your work. It does not mine Stack Exchange “comments” as their utility is still being debated. Best practice is generally to incorporate any useful information obtained from comments into either the Question or the Answer that is being commented upon.