Airiti Incorporated, headquartered in Taipei, is the leading e-content provider of Chinese academic journals. The company provides Chinese and Taiwanese academic e-journals, conference proceedings and dissertations to more than 72,000 libraries in 122 countries and territories around the world. 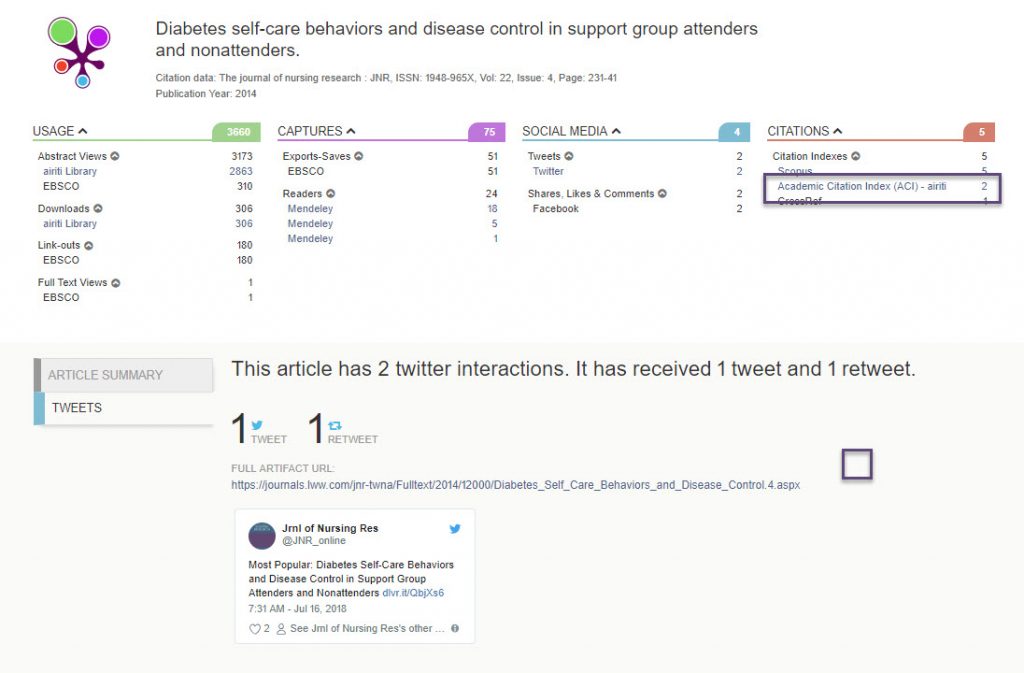 In addition, Airiti Library users will now see PlumX Metrics within the platform: 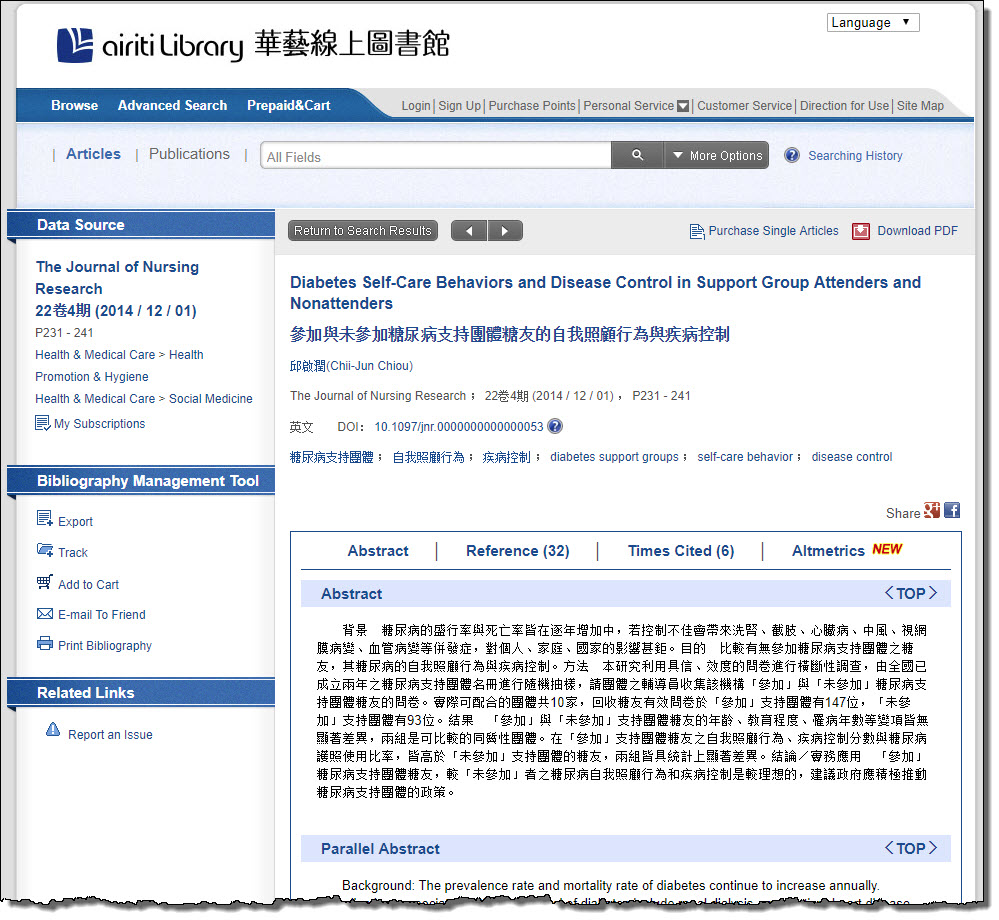 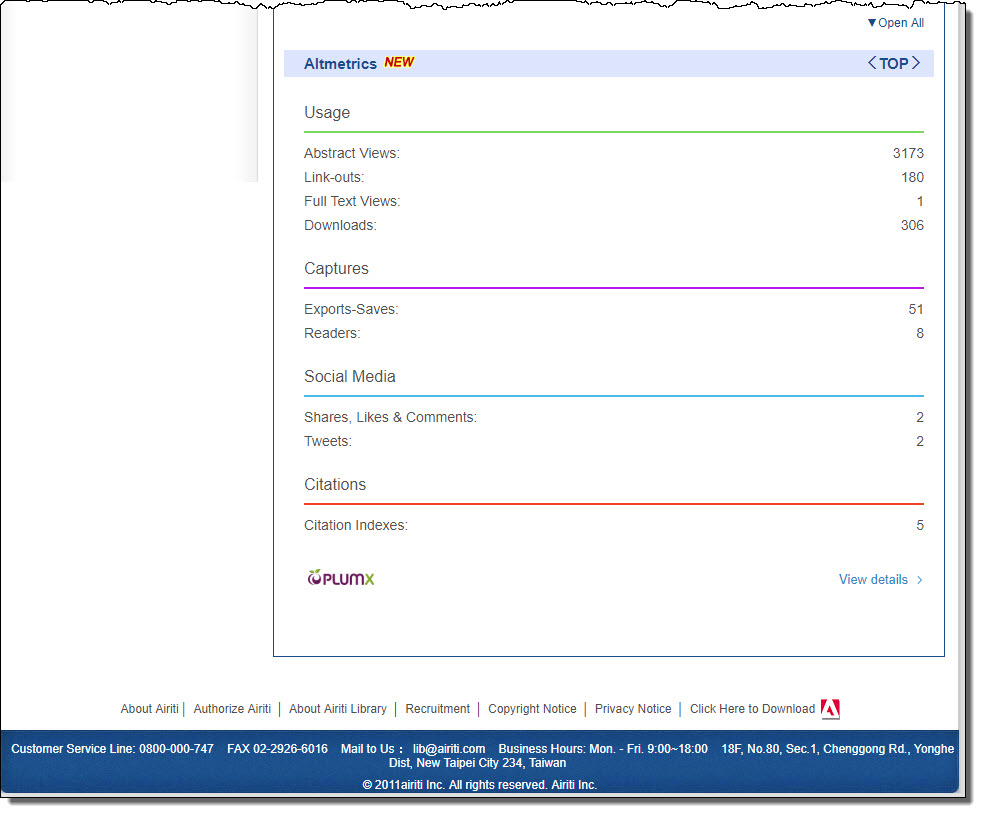