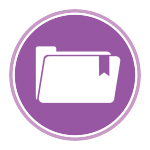 More and more, policymakers are expecting scientists to demonstrate the value of their research to society. While peer review and bibliometrics have become accepted methods for assessing the impact research has on other research, there is currently no established framework that addresses the impact of research on the broader society. END_OF_DOCUMENT_TOKEN_TO_BE_REPLACED

We recently expanded PlumX metrics with a new addition in our Captures category: CiteULike readership. CiteULike is a web-based social bookmarking tool that aims to promote the sharing of citations to academic papers. Users can store, share, END_OF_DOCUMENT_TOKEN_TO_BE_REPLACED

Telling the Story of Research Through Altmetrics Categories

In order to tame the big data of all the possible online interactions with all the different types of research output, PlumX categorizes them into 5 categories. Each category tells a different story of research. END_OF_DOCUMENT_TOKEN_TO_BE_REPLACED 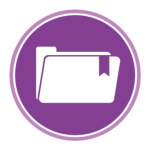 PlumX tracks 5 categories of metrics:  usage, mentions, social media, citations, and captures.  Metrics that we categorize as captures are when an individual is interacting with research online and “captures” it for later.  Examples of capture metrics that are already a part of PlumX are: Bookmarking the page on Delicious Adding it to Elsevier’s Mendeley as a reader Favoriting a slide presentation on Slideshare Favoriting a video on YouTube Subscribing to a channel on Vimeo or YouTube Followers, END_OF_DOCUMENT_TOKEN_TO_BE_REPLACED